Climate imbalance : what are the effects on access to water ?

IN 2020, ALMOST 2.2 BILLION PEOPLE DID NOT HAVE ACCESS TO SAFE DRINKING WATER, ACCORDING TO THE UN. THAT IS 1 IN 3 PEOPLE. GLOBAL WARMING IS MAKING NATURAL DISASTERS MUCH MORE COMMON. THESE CATASTROPHES ARE AFFECTING ACCESS TO WATER IN SEVERAL REGIONS WORLDWIDE.

To mark World Water Day 2021, the UN has decided to encourage people all over the world to share their stories and thoughts about what water means to them. These accounts show how water is appreciated by different people in different contexts, to highlight the importance of protecting this precious resource that benefits everyone.

As fresh water supplies are limited and unevenly distributed, the effects of global warming are a particular threat to populations that already struggle to access clean drinking water day to day.

Humanitarian crises, conflicts, poverty and climate events are all obstacles that hinder development in high-risk areas.

A growing population and the consequent increase in consumption needs have caused our greenhouse gas emissions to soar, along with temperatures. Extreme climate events like droughts, floods and storms, which harm drinking water quality and availability, are therefore becoming increasingly frequent. They can make water rarer, less predictable, more polluted or all of the above.

These climate phenomena are recurrent, creating serious problems for the populations affected. Droughts, for example, are getting longer and becoming more common in many regions of the world. The Mediterranean, Southern Africa, South Asia and the Sahel region have all seen increasingly serious droughts in recent decades, with devastating effects on crops and livestock. Floods, meanwhile, damage crops and water treatment facilities and contaminate water with faecal matter from the land.

Higher temperatures can also help bacteria and germs to thrive.[2] The result: waves of waterborne diseases that kill up to 3.2 million people per year, according to the WHO.[3] Illnesses like cholera and diarrhoea then cause other problems, like malnutrition, and weaken populations. 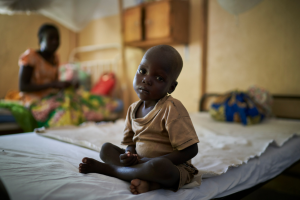 How we screen, treat and prevent undernutrition

The consequences of global warming affect the entire world, but especially populations that are already vulnerable. This situation aggravates the problem of world hunger. That is why our water, sanitation and hygiene action is so important, especially after natural disasters. In the countries where we operate, the priority is to restore water supply points, deliver safe drinking water, build emergency latrines, manage human waste and bring epidemics under control.

Another important task in the fight against hunger and malnutrition is to implement sustainable solutions in the countries where we work. We fight food insecurity through agricultural and income-generating activities, food assistance and observation of the food situation.

As part of a sustainable, organic agriculture approach, our teams promote agroecology and agroforestry among populations, so that they can grow crops without harming the environment. To become more effective, we carry out advanced contextual analyses and evaluate our projects in order to train our staff better and provide the best possible response for populations.

A community’s nutritional well-being requires sufficient, consistent access to drinking water, a varied diet, appropriate hygiene practices and adequate sanitation infrastructure. According to the WHO, 50% of child malnutrition is associated with unsafe water, inadequate sanitation and poor hygiene. A child who drinks unsafe drinking water is susceptible to diarrhoea, which means they do not retain any nutrients. This makes them more vulnerable to malnutrition, and this risk is accentuated in situations of food insecurity. Agricultural communities, which are the first groups impacted by water access problems, often face a choice between migrating to a less affected area or staying and going hungry.

IN BURKINA FASO, LESS THAN HALF OF THE POPULATION HAVE ACCESS TO DRINKING WATER

In Burkina Faso, humanitarian organisations estimate that the number of severely malnourished children could reach 79,490 this summer. The causes? Displacement due to conflict – with the ensuing loss of land – and drought. Certain regions of the country are being ravaged by water shortages, with increasingly long hunger gaps in the Sahel belt. 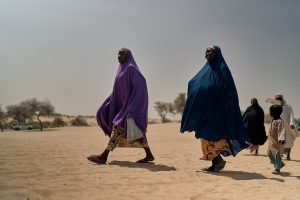 To respond to this growing problem of food and health insecurity, our teams have implemented drinking water and food access programmes and raised awareness of good care practices among communities. With a view to equipping populations to deal with recurrent extreme climate events, we have launched a disaster preparation and response project in the east of the country.

We have also set up ‘WaSH-in-Nut’ programmes in several countries. These schemes integrate activities linked to water, sanitation and hygiene into malnutrition care initiatives, in order to boost their impact. These programmes accompany children suffering from acute malnutrition and their guardians throughout the treatment process.

In Bangladesh, rising sea levels could submerge 20% of the country in 20–30 years, forcing millions of climate refugees to leave their home. On top of this, the country is suffering from increasingly destructive storms, cyclones and soil erosion. Floods, caused by a monsoon season that is getting longer every year, are destroying crops and obstructing access to sanitation and drinking water systems. In this context, nearly a million Rohingya people who have fled violence in Myanmar and found refuge in Bangladesh are particularly vulnerable, because most of them live in makeshift camps that are exposed to the elements.

In order to prevent the development and spread of waterborne diseases that can lead to malnutrition, our teams, accompanied by volunteers, are raising awareness of adequate hygiene measures among the population of the Cox’s Bazar refugee camp.

They are building latrines and training communities to maintain them, thus ensuring consistent access to water supply and sanitation systems. We have also set up community kitchens to provide food to those who need it. In 2018, through various programmes, we supported 1,442,297 people in Bangladesh.

Within this context, we are working on the ‘Hydronut’ project, which aims to create a monitoring and early warning system, based on hydroclimatological indicators, to anticipate future food, health and climate crises, thus strengthening these vulnerable populations’ resilience.

Ethiopia, meanwhile, has suffered natural disaster after natural disaster in recent decades, leading to the displacement of 2 million inhabitants. Droughts have dried up water supply points and are now threatening crops and livestock. Due to a lack of water, harvests are meagre and livestock are dying, putting the population in a situation of food insecurity. This climate emergency situation has left 3.5 million children in a state of acute malnutrition: the most advanced stage of this condition.

In Ethiopia, we lead nutrition, mental health, food security and resilience programmes to accompany populations in the fight against hunger. In 2019, we launched the ‘Cash for Work’ programme, which involves the community fencing off plots of land, growing grass, storing it and only using it when the dry season comes. When rain is irregular and pastures dry up, they can feed livestock with the saved-up grass.

In some villages, latrines are being built in an attempt to prevent the spread of disease, and our teams are training local agents to offer community support. In 2018, we supported 832,829 people in Ethiopia through our nutrition, mental health and food security initiatives.

Returning and rebuilding life in Sinjar

Access to safe water thanks to a new governance model