Previous
page
1 0
Next
page
Kathleen Prior

IN THEIR OWN WORDS: ROHINGYA REFUGEES FLEE VIOLENCE IN MYANMAR

In the last month, an estimated 400,000 refugees from Myanmar’s Rakhine State have sought safety in Bangladesh.

An outbreak of violence in Rakhine State, Myanmar, an area already plagued by unrest, has forced more than 400,000 people to neighboring Bangladesh since August 25. Thousands more extremely vulnerable refugees have been blocked at the border, spending days in makeshift shelters.

As the crisis in Myanmar continues to escalate, refugee families are in desperate need of emergency humanitarian assistance: they face food insecurity, lack adequate access to clean water, and are extremely vulnerable to disease.

Action Against Hunger is scaling up its operations  to meet the urgent needs of refugees. Since 2008, Action Against Hunger has been working in Cox’s Bazar in Bangladesh, an area directly across the border from Rakhine State. We have been providing aid to refugees living in both official UNCHR camps in Kutupalong and Nayapara and in the informal refugee settlement of Kutupalong. Our top priorities are preventing and treating acute malnutrition, improving health and care practices for mothers and pregnant women, and delivering safe water, sanitation and hygiene assistance to refugees and families in host communities.

Nurun, Hasina, Abdul, and Kulsuma are among the refugees receiving emergency food aid at the emergency relief action centers spported by Action Against Hunger in Kutupalong, Bangladesh. Below, they share their stories: accounts of trauma, perilous journeys, and efforts to keep their families together. 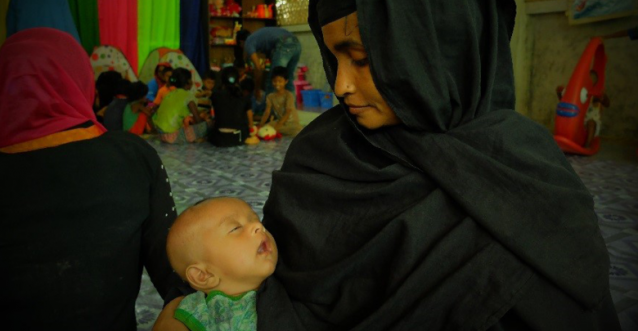 Nurun crossed the Myanmar-Bangladesh border with eight of her children on August 28, three days after the violence erupted in Rakhine State.

“I had to leave one of my children there, and I do not know where my husband is,” Nurun worries. “When the violence intensified, we ran to hide where we could in the middle of the night. Our only priority was to survive.”

With her eight-year-old son still in Rakhine, Nurun is concerned about his ability to cross the border with someone else. She hopes to find her husband and son in Bangladesh, where she and the rest of her family have found refuge in this crisis.

"Yesterday, when we arrived in Bangladesh, we did not know where to go and we stayed by the roadside. We were hungry and the children were crying. A stranger saw us and offered us food and a place to shelter us. This morning we were given food again. I am ashamed to ask for more, they do so much for us. I would like to go home to Rakhine." 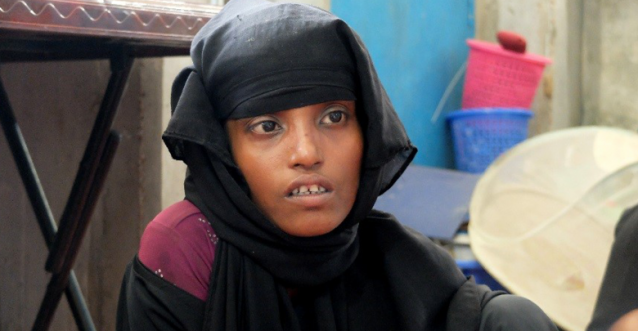 Hasina, mother of five, arrived in Bangladesh with her children after spending two nights at the border. When the conflict erupted in northern Rakhine State, her husband was killed, caught in crossfire.

"He was not the target. I was working in a paddy field on that day when I heard my neighbors talk about an incident they had witnessed. That's how I learned he was dead. That afternoon, I had to flee to save my children. I did not even take the time to bury his body.”"

Her voice is softer when she tells her story. Like other refugees, Hasina and her children had to face torrential rains and walk several miles, sleeping outside and hiding in bushes to escape violence to reach safety in Bangladesh.

“When we crossed the river, close relatives of some refugees came to help them. But we did not have anyone. It took us hours to get help. Then a man from the village came to our aid,” Hasina said.

Without close relatives in Bangladesh, Hasina is scared when she thinks about the future. She wants to go back to Myanmar, where her parents remain, but she does not know if they will be alive when she returns. 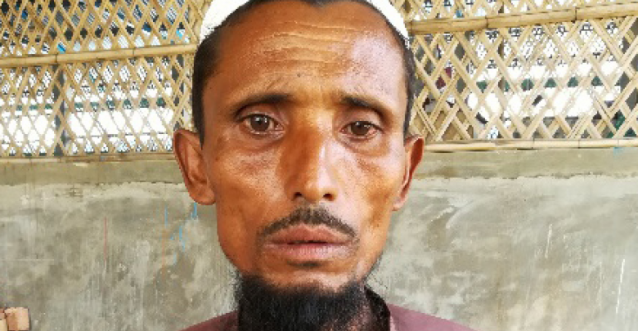 It was about three in the morning when Abdul Malek’s family woke up to gunfire and shouts. Three nights after the violence escalated, he and his family joined thousands of families flocking to the border with Bangladesh.

"“We walked in the darkness for eight hours, without stopping. We were afraid the soldiers would see us and shoot us,” Abdul explains as he recounts his terrifying experience. "

Before returning to a refugee camp, he and his family spent the night in a no-man’s land where the Bangladeshi police closely monitored the border between Myanmar and Bangladesh. Abdul found a temporary shelter in the camp for his family, but he does not know what the future holds for him.

In Rakhine State, he was a schoolmaster, now he feels caught in a terrible situation, a crisis of which no one seems to have an end in sight: “I am grateful to have at least one meal a day, my family can survive.” 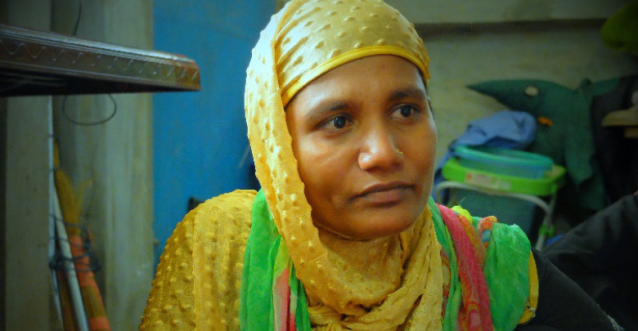 Kulsuma, five months pregnant, evacuated to Bangladesh with her husband and parents after the outbreak of violence where they lived in northern Rakhine State. She arrived with two of her young children.

“Last year, in October, when the situation got worse, my brother-in-law and his family took refuge in Bangladesh. My children and I will stay with them. I think my parents will try to cross the border tonight to join us. I do not know where we’ll go next. They burned our homes,” says Kulsuma.