Communities in rural Somalia make their living through agriculture and raising livestock: 80 percent of the population depends on small-scale farming to survive. Many are nomadic pastoralists, raising livestock and moving seasonally to find pasture with their herds. But after season after season of failed rains in a row, there is no longer any pasture to be found, and animals are dying. Two years of intense drought, combined with conflict, poverty, and weak infrastructure, have pushed the country into a massive hunger emergency that threatens to become a famine.

A normal rainy season consists of steady, daily rains for two to three months, but this entire season, parts of the country have received just five days of rain. The primary rainy season—the one families were counting on for the health of their crops and livestock—is failing. Across Somalia, crop production is 90 percent below what it would be in a normal year. Communities desperate for relief are facing a terrifying fact: there is not enough water to keep animals, crops, or people alive. 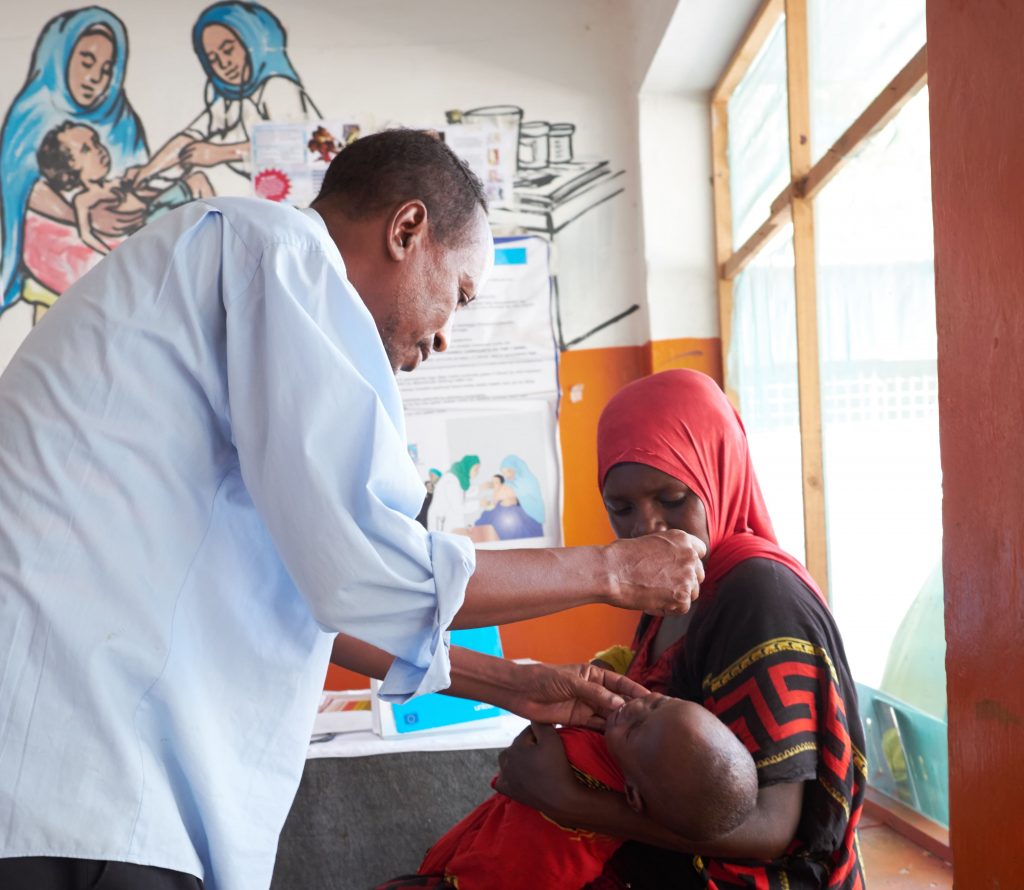 Large numbers of people in rural areas have been left with no choice but to abandon their homes and trek long distances to towns or cities in search of food and water. Since November, an estimated 615,000 people have been displaced, and that number grows every day. Traveling in remote southern Somalia can mean putting your life at risk: it’s long and especially difficult for families with young children and facing violence from armed groups along the way is a real possibility.

Hawo Abdi, a 29-year-old widow and mother of five children, was a farmer whose arid lands suffered from the severe drought. She told us:

Hawo’s baby son, Ali, became emaciated and severely malnourished. He was not even six months old.

“I didn’t Know where to go or what to do. I felt like i failed as a mother. But another mother told me to go to the stabilization center because she had a child whi sick for the same reason and got treatment so i ran here as fast as i could,” says Hawo.

Action Against Hunger, with support from UKAid, runs an emergency nutrition stabilization center in Hodan, Mogadishu, which provides urgent treatment for children suffering from severe acute malnutrition. Some children, like Hawo’s son Ali, are so ill they require intensive, inpatient care in the stabilization center to save their lives. Other children, whose cases are not as severe or advanced, can be treated with lifesaving outpatient care with weekly monitoring and follow up.

Hafsa’s struggle to care for her son

What $60 a month can provide for families