Germaine was exhausted but relieved as she exited the St. Augustin health center. Her nine-year-old granddaughter, Constantine, was acutely malnourished and was admitted into Action Against Hunger’s emergency nutrition program to receive lifesaving treatment. The St. Augustin health center is one of 21 facilities supported by Action Against Hunger in Kahemba health district in Bandundu Province of western Democratic Republic of the Congo (DRC).

From 1998 to 2002, DRC was at the center of what is often called “Africa’s World War,” which caused the deaths of about 5.4 million people from violence, hunger, and disease. Throughout the country, extreme poverty and a shortage of suitable land for farming contribute to food deficits. An estimated 43 percent of children in DRC are malnourished: among those, 23 percent are acutely malnourished (approximately 4 million children).

Access to health services is scarce for communities in Kahemba and other remote, rural areas of DRC.

With funding from European Union humanitarian aid, Action Against Hunger has set up specialized mobile rapid response teams to provide training on emergency nutrition interventions, medicines, and to supply ready-to-use therapeutic food to local health facilities to strengthen their capacity to provide treatment and health services to acutely malnourished children, as well as pregnant women and nursing mothers. Today, the prevalence of malnutrition in Kahemba is at the emergency threshold, as is the case in many other parts of the country.

At nine years of age, Constantine is much older than most children who are vulnerable to malnutrition. Children at highest risk are those between 6 months to 5 years, because they are still developing and their bodies and immune systems are more delicate. In Kahemba, families living in poverty go hungry on a regular basis. Every day in our nutrition programs in Kahemba, we register children who are six years old—and even older—who are acutely malnourished and in urgent need of treatment. Children like Constantine.

Out of desperation, Constantine’s parents left her in the care of her grandmother, Germaine, so they could go in search of work in the neighboring country of Angola. At the age of 52, Germaine is also caring for seven other children, and struggling to provide for them. Like many others in Kahemba, she depends on small-scale farming to survive. She labors in the fields every day, and collects firewood to sell in the local market. She sells her small crop to earn income, rather than using it as a source of food for her own family.

What Germaine earns from her work is barely enough to cover her family’s most basic daily necessities, with no extra leftover to save. Germaine says, “On a good day, we have some cassava root, fish, caterpillars, or sometimes even meat. On a bad day, we go to bed hungry.” Too often for Germaine, the bad days prevail. The impact on Constantine’s health was dramatic: she became emaciated from lack of food, intestinal parasites, and frequent diarrhea, probably caused by drinking unsafe water.

Germaine traveled with her granddaughter to St. Augustine when community health workers screened Constantine and referred her for urgent, lifesaving treatment supported by Action Against Hunger’s rapid response emergency team. Constantine received the intensive care she needed to recover. She was treated with antibiotics, therapeutic food rich in protein and micronutrients, and other medicine. Germaine was very afraid of losing Constantine, but now she knows Constantine is out of danger: “We have escaped. My child will not die. We received help at the right time.”

A key pillar of Action Against Hunger’s fight against hunger in DRC are these rapid response nutrition teams. They are highly skilled at responding quickly and effectively to nutrition emergencies, and they are deployed on very short notice , particularly in places with high levels of malnutrition and inadequate access to health services. In 2016 alone, our emergency nutrition program delivered lifesaving treatment to more than 15,000 children. 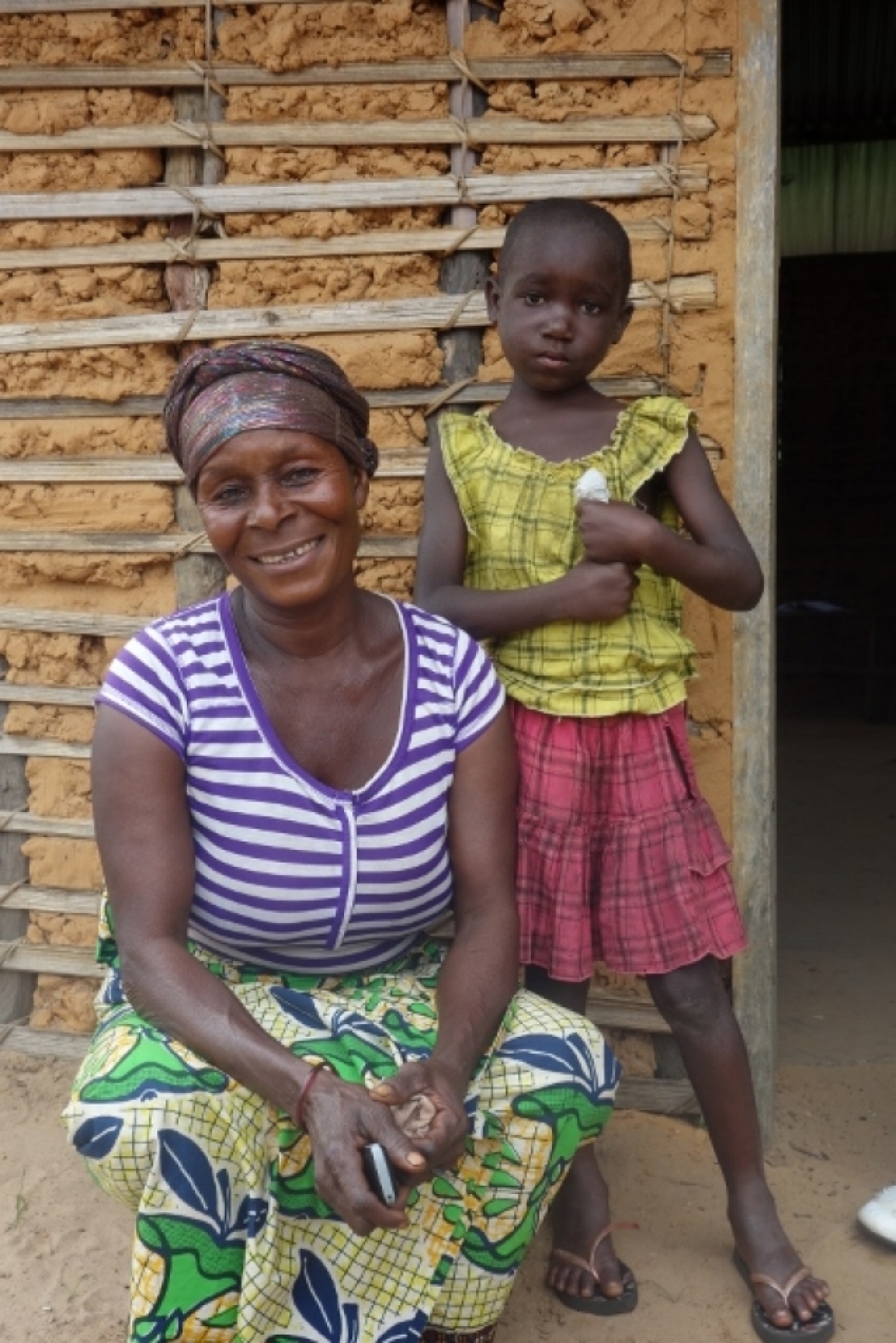 Our rapid response teams are part of Action Against Hunger’s larger “Rapid Response to Nutritional Crisis” program, which is generously funded by the European Union (EU). The EU provides needs-based humanitarian assistance by enabling humanitarian interventions like our rapid response program in DRC. Since 1992, the EU has been reaching out to people hit by man-made and natural disasters in over 110 countries with particular attention to the most vulnerable victims.

Through our Rapid Response to Nutritional Crisis program, Action Against Hunger will strengthen the capacity of local health workers and health facilities to treat malnutrition, and we will work to prevent malnutrition by: 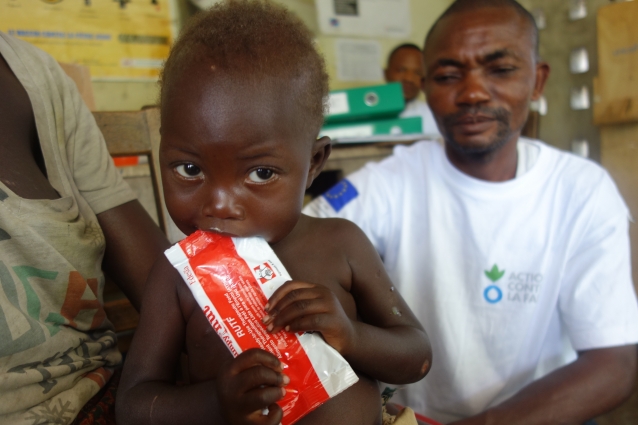 Germaine and her nine-year-old granddaughter Constantine, who is now healthy after receiving treatment for acute malnutrition from Action Against Hunger in Kahemba, DRC.

This document covers humanitarian aid activities implemented with the financial assistance of the European Union. The views expressed herein should not be taken, in any way, to effect the official opinion of the European Union, and the European Commission is not responsible for any use that may be made of the information it contains.

Democratic Republic of Congo
The mission